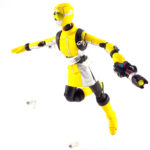 TokuNation is finally ready to finish the journey it began nearly 5 months ago. Our Gallery 2.0 retrospective for Tokumei Sentai Go-Busters comes to an end with this final gallery, S.H. Figuarts Yellow Buster & Usada Lettuce!

Yellow Buster & Usada are the 5th and sadly last release in the Go-Busters Figuarts subline. But this pair are a more than admirable send off. Between the standard accessory load out of the Buster mold & the inclusion of Usada, this release is more than worth the  fair prices it goes for now. And with it you can at least complete the original trios of Buster & Buddyroids.

We’ve attached a selection of images to this post but you can view the full gallery by clicking “Discuss on the TokuNation Forums” at the bottom of this post. 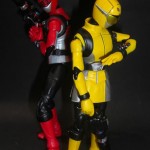 Blogger Skyofjade brings us an extensive hands on look at the Tamashi Web Exclusive S.H.Figuarts Two Pack featuring Yellow Buster and Usada Lettuce. Check out his gallery after the jump! 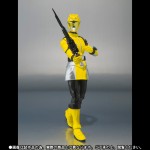 November is just around the corner, and we’re getting close to the release of S.H.Figuarts Yellow Buster and Usada lettuce two pack, the Bandai Premium Web store has been updated with a new photo gallery of these two figures. 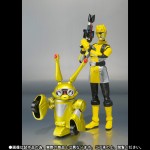 Check them out after the jump!

Thanks to TokuNation boards member Tekmen for the heads yup! 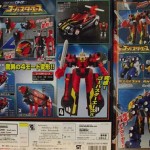 HobbySearch has put up the first images of Go-Buster Oh, the primary combo of Buster Machines

The main Machine, Go-Buster Ace will (theoretically) be available at retailers by the end of this week and the remaining Buster Machines are scheduled for release by the end of March. 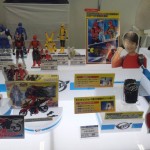 Pictures from the Go-Buster Premiere event has surfaced!

Posted by Morgan Lamia over at RangerBoard, courtesy of accel leo 177 who is actually attending the event