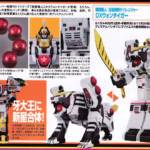 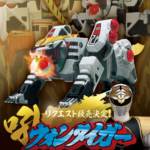 For now, all we have is this teaser image. Pricing and release date have yet to be announced as of this writing. 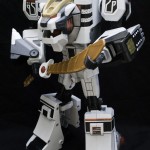 In just about every single fan community, whether it be Transformers, G.I. Joe, or any other toy property, seeing an awesome custom by someone always inspires those around you to build some awesome customs yourself. Today we are very excited to showcase this custom White Tigerzord from the Mighty Morphin Power Rangers!

Check out the pictures in the story! A huge thanks to TokuNation.com user conundrum[/url] for sharing his amazing work!

To see what he used to make this amazing custom, check out the original post!

Do you have a passion for customizing your figures? Come and share them in the TokuNation.com Customs Forum and we’ll throw the ones that “wow” us the most on the frontpage for all Tokusatsu fans to enjoy!