With our annual giveaway Toku Toy Box, officially coming to an end tonight, we wanted to take a moment to celebrate. Tomorrow, January 5th 2015 officially marks 3 years of TokuNation.com! As always this community continues to grow and change and improve in more and better ways than we could have ever hoped for. And to thank you for your support we’ve taken the last month to throw everything we had at our Toku Toy Box Giveaway.

Below is a rundown of all the galleries we’ve featured as a part of this years giveaway. Remember that in order to be entered in for a chance to win a particular prize pack, you need only make a post in a corresponding gallery thread. Here’s the breakdown of which galleries qualify you for which prize pack:

Toku Toy Box officially ends tonight at 12:00 AM EST. That means you have only a few short hours left for entry! Be sure to peruse the links to all the above galleries one last time and make sure you’ve posted in the corresponding threads at least once to qualify you for entry. As always we thank you for your continued support. TokuNation.com simply wouldn’t be what it is today without the staff, countless friends, supporters, and users who work everyday to ensure this is a great place for discussion of all things tokusatsu. We’re ready to make 2015 our best year yet! 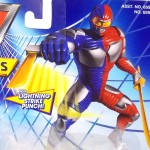 This unique form is the byproduct of needing the troopers to interact more on screen & source footage exhaustion. Since VR Troopers used footage from both Metalder & Spielban for it’s first season the characters were rarely seen transformed together. Battle Grid footage allowed all 3 troopers to actually appear on screen simultaneously and fight. The Battle Grid suits themselves were simple spandex with padding, each with a Mighty Morphin Red Ranger helmet repainted to match. Though cheap and very cheesy the Ryan Steele Battle Grid suit actually makes for a pretty fun, albeit very 90’s, figure. Armed to the teeth with more weapons than he ever needed (or  had!) this figure is a fun bit of nostalgia.

Check out 40 images of this classic from VR Troopers after the jump. And of course leave a comment in the discussion thread as well! That will qualify you for a chance to win our Monolithic Monsters Prize Pack as a part of Toku Toy Box! Full details as well as prize pack breakdowns for this giveaway are posted here.