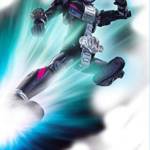 In case you missed it, the Rider Kicks Figure lineup is a new budget action figure series from Bandai. We’ve previously seen the crew of Kamen Rider Build done up in this form factor, but now here’s our first look at the main Rider himself: RKS Kamen Rider Zi-O!

RKS Kamen Rider Zi-O will be releasing in September for 2160 yen. 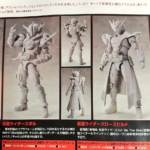