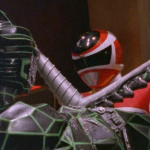 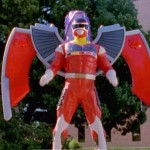 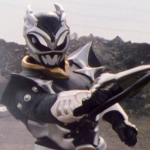 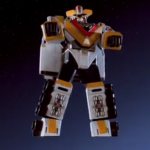 Power Rangers In Space returns for Let’s Watch Wednesdays. But this time they add one more to their number, Astronema?!

Now knowing the truth about one another, Andros & Astronema will work together to find Zordon and try to defeat Dark Specter. But even as she begins to find her place with the Rangers, both Astronema & Ecliptor will be enslaved by evil once again. Regardless of her betrayal Dark Specter has his plans for them both. Darkonda will ensure they’re both obedient. And as an asteroid hurls towards Earth in Dark Specters bid to take back his pawns, the rangers find they need just a little more power. The Silver Ranger returns! And he’s not only, Zhane’s brought with him the Mega Winger! 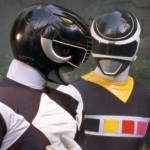 It’s Morphin Time with Power Rangers In Space and Let’s Watch Wednesdasy! If you thought you’d seen it all by now with this show, you were wrong. A major blast from the past is here!

Thanks to one of Astronema’s monsters Carlos injures Cassie. Doubting himself Carlos wonders if he’s even fit to be a Power Ranger anymore. Luckily an old friend and ally, Adam, returns! But the former Black Ranger has more than just training for Carlos. Cobbled together from broken bits and hope, Adam’s original Power Morpher has been rebuilt! But with his powers in flux, and the risk of using them great, can the Mighty Morphin Black Ranger rise again?

Meanwhile Andros has another run in with Darkonda & 1 of his 9 lives, and Astronema tries desperately to discover her past. Her brother is still alive out there somewhere, Andros sister is too. And a pair of lockets will link them all together…. 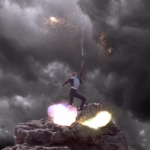 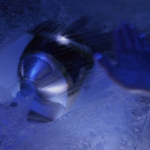 Let’s Watch Wednesdays is back! After 2 weeks of back to back holidays interrupting our programming schedule, Power Rangers In Space returns! And a new hero rises!

Andros has been hiding something from the rangers. A secret that will forever reshape the team! Hidden away deep within the Megaship, lays the dormant cryogenically frozen body of the Silver Ranger! The once heroic Zhane sacrificed himself to save Andros on their homeworld KO-35 when Dark Specter’s forces invaded. Frozen for years recovering from his injuries, the Silver Ranger must awaken! On a foreign planet, in a wrecked Megaship, an invasion by an army of aliens, and 5 rangers in danger may be just the wake up call this sleeping hero needs! Unfortunately he’s in for a rude awakening indeed….

Power Rangers In Space has set a new course on Let’s Watch Wednesdays here at TokuNation!

5 key cards that once belonged to Zordon have been discovered! In a bid to obtain them from Darkonda, Andros begins to learn what the evil creature has done to his sister. But not before Darkonda mutates thanks to the betrayal of Ecliptor, forcing the rangers to rocket back into space. Using Zordon’s keys the rangers will obtain the ultimate power they’ve been waiting for, the Mega Voyager!

Meanwhile old allies of the rangers are in trouble. Captive since the Turbo Rangers were defeated, Lightning Cruiser & Storm Blaster have been in the hands of Divatox’s forces! Fortunately Storm Blaster has escaped and made his way to the one ranger he could always count on, Justin the Blue Turbo Ranger! It’s time for the combined might of 6 rangers to stop Astronema’s monster and  rescue Lightning Cruiser!

This weeks marks the second appearance of a past ranger on Power Rangers in Space following the Phantom Ranger’s return. True Blue To The Rescue, features the return of the Blue Turbo Ranger. Though the Turbo Ranger powers were destroyed at the end of their series, Storm Blaster had apparently saved an extra Turbo Morpher for Justin’s use. Justin was of course left on Earth when the older rangers went into space to find Zordon, and his successor as the Blue Ranger was his friend & former Red Turbo Ranger, TJ.

Though we won’t be seeing Justin again for the remainder of the show,this episode establishes his continuing connection to the Power Rangers and the Morphing Grid. Though Power Rangers Super Megaforce sadly did not fully realize or explore these types of loose ends for the franchises anniversary, it’s often been theorized by fans that Justin’s spare Turbo Morpher from this episode was the one used by TJ in Forever Red to gain access to his Red Turbo Ranger powers once more. It’s speculative, but always a fun possibility. 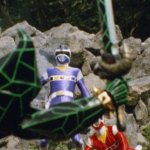