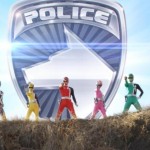 You thought we forgot about you? Let’s Watch Wednesdays is back with another movie! This time it’s a double whammy though, featuring two sentai! This is Magiranger VS Dekaranger! Please take note, if you haven’t watched Tokusou Sentai Dekaranger, then this movie will contain some spoilers for the end of that particular series. Watch at your own risk!

The Magirangers celebrate a family holiday with an expensive meal. But a certain Dekaranger happens to be around when that meal is interrupted by an Alienizer! As two sentai meet for the first time, Deka Red returns to Earth with a new power, the Fire Squad Battlizer! Two 6th heroes meet, Tetsu & Hikaru will have their own little adventure. It’s Deka Master VS Wolzard the ultimate test of swords! And Legend Mode & Battlizer against all odds, and evil! This one has it all. To stop Agent X from inheriting the legacy of Abrer, 13 heroes will rise up!

Be sure to join the action packed discussion for this VS movie by clicking “Discuss on the TokuNation Forums” at the bottom of this post! Next week we pick up with a special 2 episode arc of Magiranger, 32 & 33, where the most unbelievable secret will be revealed!

Featuring the antics of DekaRed, Gavan, and Kamen Rider W teaming up, Den-O’s Urataros dating Battle Fever J’s Miss America, Stronger and Tackle living together as a married couple and other hilarious shorts.

The trailer can be seen in the link below: 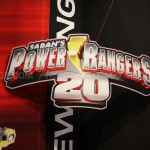 Did we mention Power Rangers 20th Anniversary earlier? We knew about a few special products Bandai had cooked up to celebrate this monumental occasion but I don’t think anyone expected this. Bandai has decided to pull out all the stops on this one! Their Power Rangers 20 display contains previously unanounced imports that are sure to excite fans far and wide. On display are:

That’s a ton of new product that has never been revealed before today! We knew about the Shinkenoh, Power Morpher. Dino Megazord, and Legacy Masks but everything else was a huge surprise for fans! Yet again Tokunation.com is your one and only source for this breaking news from New York Toy Fair 2013!

While we saw several new Unofficial Sentai Akibaranger items at the 5th Anniversary Tamashii Nations event a few weeks back, there was one thing that seemed to slip under everyone’s noses. Among the recent Amiami facebook page update to their gallery of the event, they have uploaded an image of a 1/1 scale Deka-Wapper, the inordinate power of the Dekarangers and first component to the inordinate cannon!

Will the Deka-Wapper see release, along with the Akibaranger ranger keys and various other new items seen at the event? Only time will tell, but in the meantime check out the full sized image after the jump! 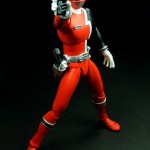 Bringing us our review of S.H.Figuarts DekaRed is Japanese blogger Greatskeleton

Included accessories with Deka Red is various optional hands, two versions of his signature weapon the D-Magnum combined and separate modes, the SP License, and the Inordinate Power of the Akibarangers: The D-Wrapper! 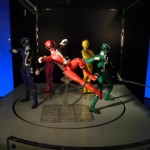 Early samples of the core DekaRanger team were seen at the Akiba Show Room, along with Deka Green, Deka Pink and Deka Yellow are now on display, along with Figuarts Virgo and Libra Zodiarts!

Virgo is set for an Ocotober release, retailing for 3,990 yen, while Libra is set for a September release along with Deka Blue, the prices and release dates for Deka Green, Pink, and Yellow has yet to be disclosed.

Akibaranger may be drawing to a close, but the it’s toys are just beginning!

Tamashii Nation’s Super Sentai page has updated with new images of the SH Figuarts Akibaranger Inordinate Power weapons – the Dekaranger D-Wapper, the Boukenger Bouken Scooper and the Jetman Jet Winger, which are included with Figuarts Deka Red, Bouken Red and Red Hawk respectively. It is also confirmed that these weapons will also be able to combine into the Inordinate cannon!

You can check out the mirrored images after the jump, we’ve also included the images of SH Figuarts Akiba Red from the page, who is due for release this month.