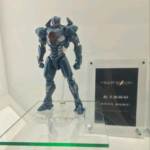 Our site sponsor BigBadToyStore.com have sent out a new E-mail announcing their Holiday Sale as well as new pre-orders and new arrivals! The cool thing about their Holiday Sale is that they’ve broken it down in to two categories – gifts over $50 and gifts under $50. Looking for some toku merchandise for yourself or that special someone this holiday season? We’ve created our cheat sheet – check it out below after the new pre-orders and new arrivals!

As always, we’ve listed the newsletter in the “Read More” portion of this story. Happy toy hunting/purchasing! Can’t recommend grabbing that S.H. Figuarts Kyoryu Red figure at that price – he will NOT be that cheap in the future once Power Rangers Dino Charge begins airing!