“What’s that you usually yell about now?
Something about ‘Morphin Time,’ isn’t it?”

For 4 seasons and 2 movies, one villain has been an ever present threat to the Power Rangers. This mighty winged has waged wars on countless worlds, making his mark across the universe. But after being freed from a 10,000 year slumber, the Power Rangers of Earth became his greatest foes. For millennia, he has served at the beck and call of his empress, Rita Repulsa. And even before that, he was a loyal general in the armies of the fearsome Lord Zedd. Born on Titan, Saturn’s largest moon, the shining warrior Goldar is a force for all heroes to reckon with.

A Gamestop Exclusive, Lightning Collection Goldar has easily become one of the most in demand figures in this line. As the first truly modern action figure the character has received, there was quite a bit of hype surrounding it’s release. Pairing your Goldar up with Lord Zedd or the recently released Putty, a real army is starting to take shape to take on your Power Rangers. LC Goldar is armed with his signature sword as well as a pretty lethal looking effect part to accent it, and his iconic golden wings. As a standalone figure Goldar may have a handful of issues, but as a part of your larger Power Rangers collection he’ll feel right at home.

Check out our full 60+ image gallery of Goldar after the jump by clicking “Discuss on the TokuNation Forums” at the bottom of this post. You can also read through our full review of the figure in that thread. We’ll be back soon with a look at the future in our gallery of S.H. Figuarts Kamen Rider Woz! 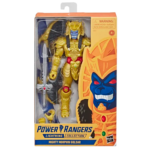 Thanks to the always helpful @Martian_Ranger the official press photos for Lightning Collection Goldar have just started making the rounds!

Initially revealed back in February via a Gamestop listing and a single official photo, these new images provide us with a fantastic look at both the figure and packaging. Goldar will include a set of extra hands, his signature sword, and a purple energy effect to use with it! If you haven’t pre-ordered Lightning Collection Goldar yet, remember that he is a Gamestop exclusive in the US. Orders are still open for him, he retails for $22.99 and releases on October 25th!

A new trailer for the upcoming nWay video game Power Rangers: Battle For The Grid video game has just been released!

The Battle For The Grid lineup contains:

And more heroes still to come!

Power Rangers: Battle For The Grid will be released in Spring 2019 for all major video game consoles! 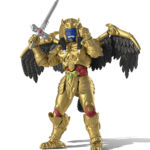 Goldar, the iconic monstrous villain of Mighty Morphin Power Rangers will be sold exclusively through GameStop!

Goldar’s price is a very modest $22.99 before shipping and handling. Release is currently scheduled for October 2019! 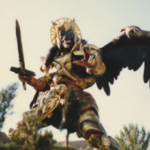 Hasbro’s new Lightning Collection figures have been generating much hype and excitement in the fandom as of late. And it seems like the hits just keep coming!

We’ve been getting numerous reports via social media that the big bad monkey himself: Goldar will be joining the line!

Lightning Collection Goldar is expected to release in the fall as Gamestop exclusives. No Pre-order link is available yet as of this writing, but we’ll sure to let you know the minute he goes live. 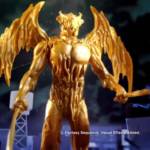 A new toy commercial for the Power Rangers 2017 Movie has given us our first look at the films’ second villain!

The iconic Mighty Morphin era monster known as Goldar is reborn in an exciting new style! The massive golden winged creature shown here is Rita Repulsa’s most powerful General, almost certainly a worthy opponent for the new team of Rangers and their Megazord. Early script details for the film suggest Rita brings this creature to life by stealing large quantities of gold. While the visual design definitely seems to support that rumor, no official story for Goldar has been released at time of writing.

Goldar will face off against the new team of Power Rangers in theaters on March 24, 2017! Stay tuned to TokuNation as we keep you up to date on all Power Rangers Movie news! 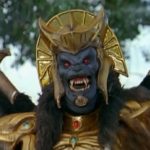 During today’s Power Rangers Movie panel at New York Comic Con 2016, director of the film Dean Israelite confirmed to the crowd that Goldar is indeed in the movie. While discussing things that we’ll see in future trailers, he mentioned Putties, the Space Ship, and Goldar.