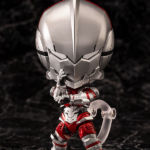 The popularity of the ULTRAMAN manga series and anime adaptation continues as Good Smile Company announce a figure of the titular Ultraman suit for the Nendoroid line! This fully-articulated super-deformed figure features highly detailed metallic paintwork, and will include an unmasked Shinjiro Hayata head, replacement chest part and effect parts for his Specium Ray, Specium Blade and Ultra Blade attacks.

The Nendoroid Ultraman Suit will be released in December 2020 for the price of 6500 yen. Preorders are now open! 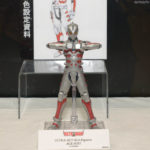 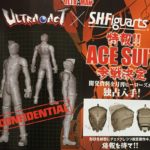 The next of Bandai’s Ultra Act X S.H.Figuarts joint venture release’s been revealed: And it’s going to be the the Ace Suit, the design based on Ultraman Ace  from the Manga!

Sadly, no prototype or release detail’s been announced for this project yet, so far all we have to go on are these preliminary sketches of the Ace Suit it self to go on. Stay tuned, and we’ll bring you more information on this product as it becomes avalaible. 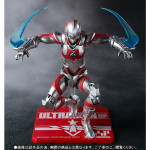 Another surprise reveal has gone up on the Premium Bandai site! This time it’s for another upcoming Tamashii Web Exclusive, a new re-release of sorts. Ultra-Act x S.H. Figuarts Manga Ultraman Special Edition!

This new figure is actually a re-release of the Manga Ultraman that came out back in July. However those who purchased that retail release figure may feel a bit cheated. Ultraman Special Edition includes several accessories that the 1st release did not. An unmasked Shinjiro head, armblade effect parts, and a personalized Tamashii Stage!

Ultra-Act x S.H. Figuarts Manga Ultraman Special Edition will be released as a Tamashii Web Exclusive in May 2016 for 6480 yen! 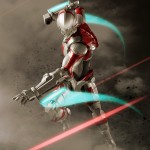 Joining the S.H. Figuarts Trychaser 2000 in as a mass release item in July will be the much anticipated Ultraman figure from the currently ongoing manga sequel to the original 1966 series. This figure is a particularly special release as it is a collaboration between both the Ultra-Act and S.H. Figuarts lines.

Price details and accessories are yet to be confirmed, so stay tuned to Tokunation.com over the coming week for more information! 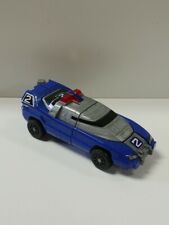 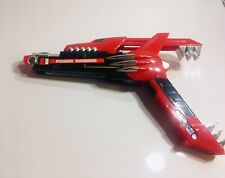