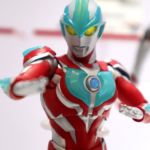 Earlier at the beginning of last month, we reported that an Ultra Heroes Tamashii Event will be taking place in Shanghai, China. That aforementioned event is currently in full swing, and we now have our first batch of reveals from the exhibition, starting with our first full look at the long-awaited S.H.Figuarts Ultraman Ginga!

We’ve also been getting reports of other new S.H.Figuarts Ultramen releases being spotted or hinted at the event, of note Ultraman Orb’s Burnmite, and Hurricane Slash forms, in addition to an Eleking Armor option set for Ultraman X though, at the moment, only Ginga himself was shown at the event.

The Ultra Heroes Tamashii event is actually a month-long event, so we’re bound to be getting more exciting new Ultraman reveals in the near future. So be sure to check back with us when the time comes. 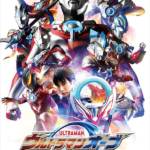 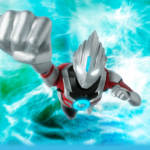 “I am Orb! I light the darkness and strike at evil!”

A mass release figure due for release in August, Ultraman Orb comes with the Orb Calibur weapon, a replacement colour timer and a number of alternate hands. Meanwhile Orb Origin The First will also be arriving that month, but will be sold exclusively through Amazon.co.jp. He comes with replacement hands, colour timer and a number of attack effect parts. Both figures cost 5940 yen each.

Preorders for Ultraman Orb Origin are scheduled to open on April 3rd, with Origin The First presumably the same day or shortly afterward.

As a further tease Tamashii Nations have also confirmed a third figure in the Ultraman Orb lineup, however it’s identity is currently unknown.

Will you be adding this Ultra Hero to your collection? Check out the full selection of images after the jump! 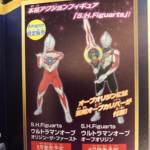 The light of the galaxy has called twice this time! The recently concluded Ultraman Orb series left us all a bit confused when Bandai failed to make any announcements about S.H. Figuarts releases based on it. Luckily they’ve now swept back in with a double whammy of figures.

S.H. Figuarts Ultraman Orb Origin, once thought to be Orb’s original form, is now slated for release! Set for August 2017, Orb Origin will retail for for 5500 yen and be sold at normal retail. He includes his Orb Calibur weapon as well, other accessory breakdowns are not known at the time of this writing.

Hot on the heels of that release we also have news of S.H. Figuarts Ultraman Orb Origin The First! Origin The First is a form for Orb exclusive to the Origin Saga film and is presumably the original base form for the character. While we don’t have any information on the accessories that will come with this figure, we do know that it will release in August 2017 as well, and retail for 5500 yen. However this figure in particular is also marketed as an Amazon Japan Exclusive release. So you’ll most likely need to make arrangements with a middleman service or site to obtain it.

We’ll keep you up to date as more information on this pair of releases becomes available. 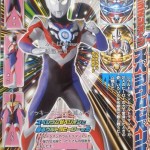 Ultraman Orb is scheduled to begin on July 9, 2016. Feel free to join in our Ongoing Discussion Thread to share your thoughts and fears about this new hero!