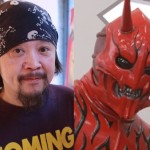 And now we turn to a truly sad bit of news today. We unfortunately have to report that famed design artist, Yasushi Nirasawa, has passed away at 52. And while that name may not immediately evoke a response, if you’re a fan of the Kamen Rider franchise then you undoubtedly have seen Mr. Nirasawa’s work whether you realized it or not.

Though Mr. Nirasawa has worked with the franchise since Blade he’s most often remembered for his work on Kamen Rider Den-O as the designer behind the Imagin. Today marks the passing of an immense figure in the tokusatsu world. While Den-O is of course my personal favorite of his works, Mr. Nirasawa had his hands in a number of series familiar to fans.

I’d like to take this moment to personally say that without this great mans’ vision and talent I don’t know how I would have ever gotten hooked on Kamen Rider. His designs gave birth to the powerful characters & personalities that first got me into the franchise. Whether breathing life into the terrifying and menacing Worms & Undead of Kamen Riders Kabuto & Blade respectively, or the heartwarming & fun antics of Den-O’s Imagin, Mr Nirasawa brought a special something to every thing he touched.

As one of his greatest (or most annoying depending on your tastes) creations once said, “From start to finish, I’m great!” 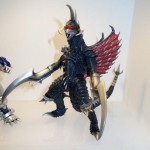 We’ll bring you more news on the figure as it comes, but in the meantime check out the picture after the jump!