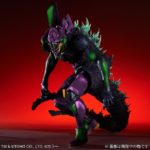 Bandai’s Godzilla X Evangelion cross promotion line takes a turn for the bizarre with their latest piece: a vinyl figure depicting a strange fusion amalgamation of Eva Unit 1 in his Awakening Form with bits of Godzilla attached to his body.

Eva Unit 1 G Awakening Form commands a hefty cost at 32,400 yen before middleman fees and shipping but stands at a massive 38 cm x 36cm, the vinyl figure will be released in January 2017, released as a Premium Bandai exclusive. 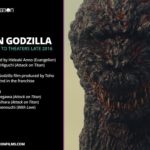 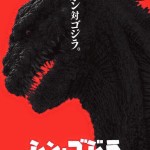 One more trailer for the newest Godzilla project has been posted online!

Perhaps the most terrifying iteration of the king of monsters yet is coming up for release in a few months and today Bandai has released a full set of official images for him! S.H. Monsterarts Shin Godzilla, from director Hideaki Anno’s upcoming Shin Godzilla film, is presented in these official images in all of his horrifying glory.

Scheduled as a retail release in November, Shin Godzilla will retail for 12,960 yen. This behemoth figure comes in at over 7″ (18 cm) tall and has a body length from head to tail of over 16″ (40 cm)! So Shin Godzilla certainly seems to live up to the radical take on the character we’ve seen in the films’ trailer. He does not however appear to come with any sort of effect parts or other accessories.

Check out all the official images of S.H. Monsterarts Shin Godzilla after the jump by clicking “Discuss on the TokuNation Forums” at the bottom of this post. 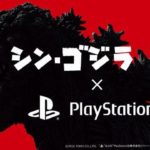 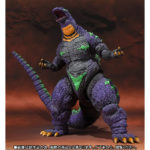 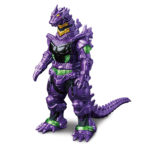 In unexpected fashion a new exclusive has just been revealed as a tie-in for the upcoming Toho film Shin Godzilla, or as it will be known in the west Godzilla Resurgence.

This Mecha Godzilla/Kiryu will as the name implies be lavishly painted in the classic colors of Eva Unit 01 from Evangelion. This vinyl figure is slated to retail for 4000 yen after tax and will be available exclusively at 7-11 locations in Japan from July 28th onward. Limited supplies will be available at that time.

This time we finally get to see the newly-redesigned King of the Monsters in action!

Directed by Hideaki Anno and Shinji Higuchi, Resurgence is set for release on July 29, 2016.

Toho has released the first teaser trailer for their new Godzilla movie!

A poster has also been released, giving us our first look at the Godzilla design for this feature and confirming the films’ official title- Godzilla: Resurgence!

Written & directed by Hideaki Anno, Godzilla: Resurgence is scheduled for release in theaters on July 29, 2016! 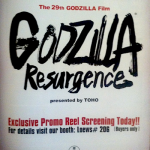 Surprising literally everyone in attendance at this this years American Film Market in Santa Monica CA, Toho has just revealed a Promo Reel for the upcoming 29th Godzilla film, Shin Godzilla! August Ragone’s The Good, The Bad, & The Godzilla blog just broke this news so it’s still currently a developing story.

What we know so far is that no one in attendance was given forewarning that this would happen. Toho has also confirmed the official title of this film for Western/English speaking markets; Godzilla Resurgence! As more information beomes avaialble we will update this story. For now we’ve attached an AFM Booklet from the screening that comes courtesy of Glenn Abbott.