It’s time for another update from our official sponsor BigBadToyStore.com! What’s new in the pre-order world of tokusatsu you might be wondering. We’re here to help with our extensive list of new pre-orders and new arrivals for all your Power Rangers, Super Sentai, Kamen Rider, Ultraman, Godzilla toys and more! Check out the lists below!

For the best customer experience available from an online store, check out our sponsors at BigBadToyStore.com! Don’t forget to use their “Pile of Loot” shipping method, combining your orders in to one giant pile of loot to ship which will save you HUNDREDS if you’re like me and going on shopping binges. Check out BigBadToyStore.com today! Please click “Read More” to check out their latest newsletter detailing all of their new item releases and new pre-orders!

END_OF_DOCUMENT_TOKEN_TO_BE_REPLACED 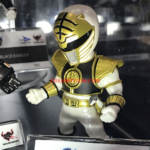 Our coverage of Toy Fair 2017 begins with a look at the Bluefin Tamashii Nations booth where on display we see brand new Tamashii Buddies figures for the Mighty Morphin Power Rangers.

New to the line-up include White Ranger, Green Ranger, Yellow Ranger, Blue Ranger, and Black Ranger. Also shown again is the Megazord which was revealed at New York Comic Con. Click the title of the story to see all the images. 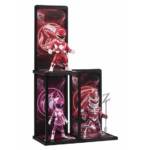 After being shown at numerous conventions the past few months, Bandai is finally gearing up to release the trio of Tamashii Buddies from Mighty Morphin Power Rangers.

The new thing these images reveal are the very Mighty Morphin centric display bases each one themed after the represented character and like previous releases, these stands can either be stacked on top of each other or connected three in a row.

The three Tamashii Buddies will see release sometime in March 2017 with no pricing given as of this writing though if any past releases can be of any indication: we can expect somewhere within the vicinity of 1500 yen. 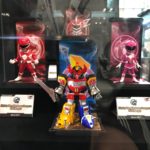 On display at New York Comic Con 2016 are the upcoming releases of the Power Rangers Tamashii Buddies! Shown off for the first time is the Megazord, or DaiZyuJin, version of the Tamashii Buddy! It looks great! On display were:

Check out all the images after the jump!  Are you going to grab one?  Sound off in discussion!

Shown as “Display Only” at this year’s San Diego Comic Con 2016 is the Tamashii Buddies Power Rangers figures. Shown on display were the Red Ranger, Pink Ranger, and everyone’s favorite villain, Lord Zedd.

Check out all our images by clicking the title of the story! 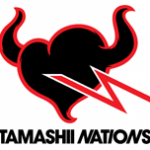 This is a HUGE announcement. Bandai of Japan and Tamashii Nations have just revealed their joint Tamashii Web Shop venture for western markets! A brand new website which will offer Web Exclusive figures and products to English speaking western markets!

We got an inside scoop about this piece of news on the ground at New York Comic-Con earlier this month. Sadly that news was not public at the time so we had to keep a tight lid on things. But today this new Tamashii Web Shop has not only been revealed to the world, but is in fact already active! Though only 1 item is currently up for pre-order you can be sure that more items will begin to be listed in the coming days and weeks.

This is a huge step forward for western fans importing figures from Japan. Though this new web shop is so far only limited to those residing in the US & Canada it’s a pretty significant step in the collector toy market. Time will tell how far this goes.