The popular mobile game Power Rangers Legacy Wars was released almost 2 years ago to quite a bit of excitement from fans. nWay games really struck a chord with fans of the franchise in creating the beat ’em up fighting game. However the game being limited to mobile has been the source of complaint from some fans. Now it looks as though nWay is about to take the game, or at least some version of it, to a wider market.

A trailer has appeared online (featuring Jason David Frank) showcasing what appears to be a new console & PC port of the game called Power Rangers Battle For the Grid. While nWay Games has yet to publicly reveal the game themselves, or even comment on the veracity of the trailer, it certainly looks like we’re about to get a console & PC port of the popular fighter. The game is reportedly set for an April 2019 release. Let us know what you think in the thread below! 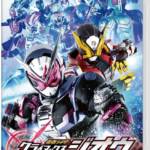 Climax Scramble will feature a total of 31 playable Kamen Riders- from Kamen Rider Kuuga to Kamen Rider Zi-O and several more in between! Gameplay includes VS Mode and 2-player team battles.

Kamen Rider: Climax Scramble will be released on November 29 2018! 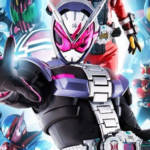 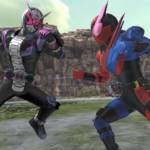 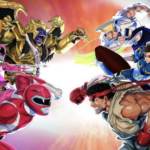 The characters of Ryu, Chun-Li, Guile & Akuma are joining the Legacy War, and game profiles have been compiled detailing their abilities:

Ryu will be a part of the game’s Balanced class, with Common rarity. His moveset will consist of a Hadoken, Jodan Sanrengeki, Shoryuken, and Sokuto.

Chun-Li will be a part of the game’s Balanced class, with Epic rarity. Her moveset will consist of a Spinning Bird Kick, Tsuitotsuken, Hyakuretsu, and Kikoken.

Guile will be a part of the game’s Defender class, with Rare rarity. His moveset will consist of a Somersault Kick, Bullet Revolver, Sonic Blade, and Sonic Boom.

Akuma will be a part of the game’s Attacker class, with Legendary rarity. His moveset will consist of a Gohadoken, Kongoken Combo, Goshoryuken, and Zanku Hadoken.

These new characters will be unlockable in Power Rangers: Legacy War beginning Thursday, May 17 2018!

We’ve reported earlier that the upcoming Kamen Rider Climax Fighters game would be receiving a southeastern Asia localization, meaning the game would have English subtitles and menus. The first pre-orders are beginning to pop up for that version of the game.

Play-Asia.com currently has the game available for pre-order at $53.99 prior to shipping. Simply click here to pre-order Kamen Rider Climax Fighters.

A brand new fighting game is coming to the Playstation 4 featuring your favorite Kamen Rider characters. Announced and revealed today via YouTube, Kamen Rider Climax Fighters looks to feature your favorite Hesei and Show Riders including the most recent Kamen Rider Ex-Aid and even Kamen Rider Build. Check out the trailer below.

For more details, check out the official site by clicking here.