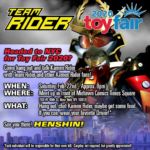 We’re a day away from the Team Rider meet up in Times Square, New York City! With the event being so close we’ve partnered with Bluefin Brands to give you all the information you will need for the event. Here are all the details – if you’re attending or you know friends who are please share this information with them.

If there are any last minute changes or updates please be sure to keep an eye on both @TeamRiderUS and @TokuNation on Twitter.  We will share images and video from the meet up.  We look forward to seeing you there!

Check out the following video from Bluefin Brands regarding the meet up. 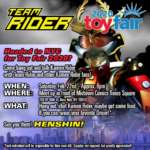 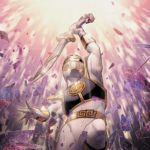 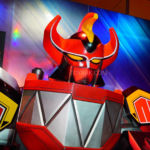 The booth at Hasbro‘s Power Rangers presentation was gorgeous. Included was the original Megazord suit filmed during Zyuranger. No – we don’t know if this is the one that was used in the Gokaiger movie, was stored at the Toei Museum, or what – only that it was shipped in from Japan.

Enjoy that and the fan-favorite helmet display for each year of Power Rangers.

A brand new offering from Hasbro and Power Rangers this year will be the Micro Morphers, small collectible figures featuring some of your favorite characters. Check out all the pictures by clicking the title of the story.

The kids are in for a treat! At this year’s Toy Fair 2019 we took a lot of pictures of some of the upcoming Playskool offerings for the Power Rangers brand!

Check out all the pictures by clicking the title of the story.

On display at Toy Fair 2019 at the Hasbro presentation of Power Rangers Beast Morphers was the upcoming Beast-X Morpher. Included is a demonstration from our friends at Ranger Command Power Hour who are in attendance.

Check out our high resolution pictures of the Power Rangers Beast Morphers display at this year’s Toy Fair 2019. Figures displayed include:

This post will be updated as more information comes along.