Surprise! No, this isn’t the recently teased SOC GX-81 release Tamashii Nations has been talking about on Twitter. This year’s con exclusive release is indeed a a Black repaint of the SOC GX-76 Megazord/Daizyujin

Taking a current from Transformers repaints of the same variety, rather than use the usual gold accents we see with Black Megazord & Daizyujin repaints, this one opts for teal accents. Nemesis Megazord am I right?

This release will be exclusively available at San Diego Comic Con 2018, at the Bluefin Brands booth.

It’s time for another BigBadToyStore.com sponsor update here at TokuNation! Spring is officially here and what better way to celebrate the warming trend outside than with warming your wallet by emptying it on great toys and collectibles?! BigBadToyStore.com is here to help! Check out what’s new in stock and new for pre-order!

For the best customer service around check out BigBadToyStore.com! Don’t forget to utilize their Pile of Loot shipping system – where you can combine all your orders in to one giant shipment and pay a simple standard fee saving you potentially a LOT of money – which means more stuff to buy! 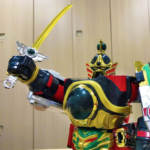 For those of you who can remember 2017 (it’s been a minute already, we know!) one of the hardest items to obtain was a pre-order for the Super Sentai Artisan DX DaiRenOh. Promising a faithful release of the original figure but with modern day improvements (such as better paint deco, remolded pieces, and new accessories) the Super Sentai Artisan DX DaiRenOh sold out in pre-orders within just a couple of days.

Bandai Japan has recently updated their blog to give what would appear to be the final release version update on the upcoming Super Sentai Artisan DX DaiRenOh. The figure features brand new paint and looks incredible. The fists have been remolded, the sheath of the blade now matches what you saw in the show, and a second sword has been included so you can recreate the finishing move.

We’ve mirrored all the images here on the site. Click the title of the story to check them all out. Did you grab a pre-order for this? Sound off in discussion and let us know!

Also … you have until the end of the month to reach out to your middle man for a DX WonTiger, which as you know, can combine with the DX DaiRenOh.

The recently revealed Soul of Chogokin Dragon Caesar, or as fans of Mighty Morphin Power Rangers may know it as the Dragonzord, is now available for pre-order at our site sponsor BigBadToyStore.com!

You can pre-order the Soul of Chogokin Dragon Caesar by clicking here!

The Soul of Chogokin Dragon Caesar is scheduled for release at BigBadToyStore.com in August of 2018 and is currently available for $174.99. Don’t forget to use the “Pile of Loot” shipping method to combine it with your other orders and save tons of cash! 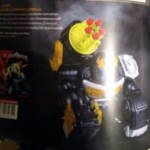 NOTE: The list of closures includes Babies’R’Us stores but are not specifically notated in the list provided. Please check the address of the store(s) closing in your area to determine if it is a Toys’R’Us, Babies’R’Us, or a combination location.

We all knew this was coming. And at times like this it’s best to just rip off the bandaid rather than make it slow and painful. Toys’R’Us announced today through court filings regarding it’s Chapter 11 bankruptcy that it will close 182 stores across the United States.

If you haven’t been following the story regarding Toys’R’Us and it’s ongoing bankruptcy issues, the holiday season was not a strong one for the embattled retailer. Overall sales for the classic toy store were down anywhere from 10% to 20% of projections which helped lead to the decision to cut ties with under-performing stores or stores with unfavorable leases.

As if a punch to your gut wasn’t enough – these are labeled as “initial” closings. Some of these stores may be turned in to Babies’R’Us and Toys’R’Us combo stores while other stores may end up on the chopping block as well. There is a slight chance that a few of the stores listed for closure will remain open if leases with landowners can be restructured.

How does this have any relation to a website about tokusatsu, you ask? Bandai America has partnered with Toys’R’Us to be their primary exclusive retailer option, where the Power Rangers Legacy line first premiered and has continued to offer exclusive offerings (namely every Megazord released thus far). One of the primary reasons for the Toys’R’Us Chapter 11 bankruptcy was due to the fact that Toys’R’Us was unable to pay the toy companies (especially Mattel and Hasbro) for the product that they ordered to carry in their stores. That inability to pay caused less than projected profit numbers for toy companies in Q4 of 2017. Some fans speculate that the lack of any new Power Rangers Legacy Megazords (looking at you, Legacy Shogun Megazord) is due to the fact Toys’R’Us is currently involved in these Chapter 11 bankruptcy dealings. Hopefully we will have more information on that specific item, and future Legacy Megazord items, at next month’s Toy Fair New York City.

For a full list of stores closing in the United States, please click “Read More”. For our friends in Canada, there are currently no plans to close any Toys’R’Us stores in Canada.

END_OF_DOCUMENT_TOKEN_TO_BE_REPLACED 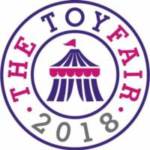 Greetings from Toy Fair London 2018! Unfortunately, no pictures are allowed of what’s on display. However we do have a man on the inside – our very own ZeoRangerV – and he was able to give us a rundown on what exactly is on display! There are a few new items not yet seen listed below. Keep in mind – this is from Bandai UK and does not necessarily reflect anything for the United States. But this could be a good indication of what’s to come from Bandai America at the upcoming Toy Fair New York 2018.

Check out the full list of what’s on display listed below!

The Simian Sniper Zord for Power Rangers Super Ninja Steel is a motion activated dart launcher zord. The Legacy 6.5″ Psycho Rangers have an incredible amount of detailing. These are prototypes and the paint does not appear to be metallic which ZeoRangerV says works for their benefit. They do come with weapons. Psycho Red has the Psycho Sword and Psycho Blue has the Psycho Axe.

We will make further updates if any more information, or pictures, become available! 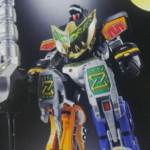 Revealed through magazine scans shared by @_Erasu on Twitter, we have Soul of Chogokin Dragon Caesar (the Mighty Morphin Power Rangers Dragonzord) release date, more images, and the combined form with Soul of Chogokin DaiZyuJin! 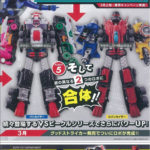 Thanks once again to @dunsworkshop on Instagram, we have our first look at the Lupinranger vs Patoranger mecha, the LupinKaiser and PatoKaiser! Check out the image!